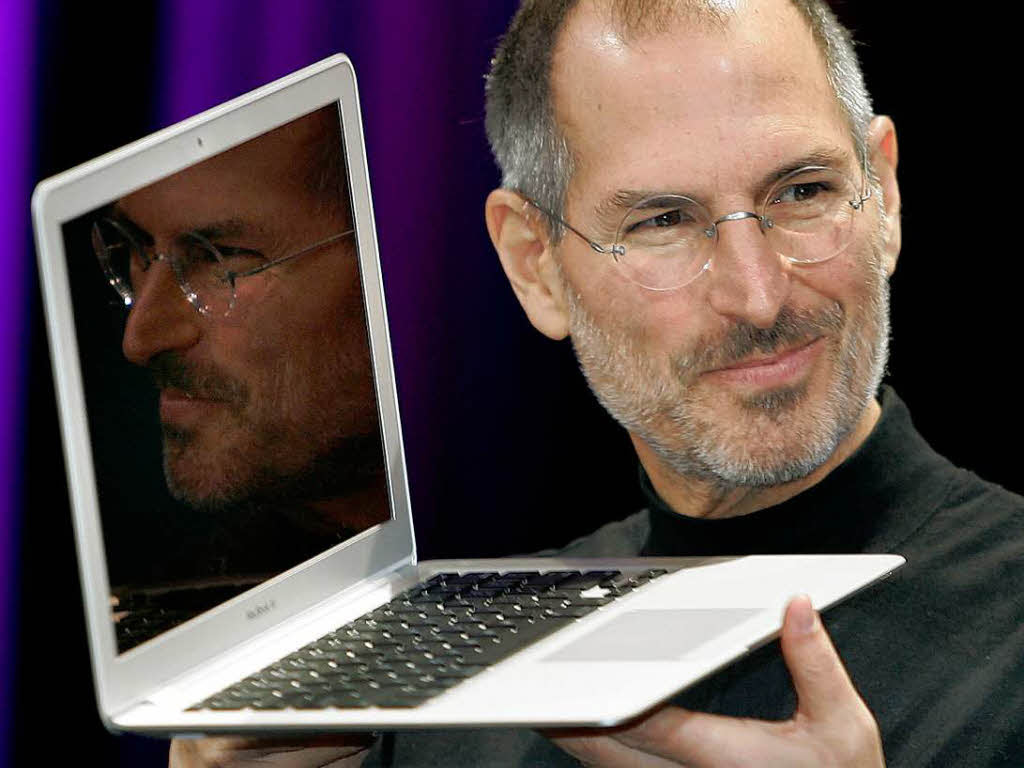 Steve Jobs, a catalyst of the personal computing industry, who has left an immeasurable dent on the hull of modern human society, has died today at the age of 56. Throughout his lifetime, Steve has made a plethora of contributions to the world in the form of consumer and professional products that have become an unmatched industry standard. The void that Steve has left in the world is great, as well as his child, Apple Inc., as a ship without it's captain.

Steven Paul Jobs, as he was named, was born into the world to a parent that was in college and wished not to deal with him. He was to be adopted by a wealthy family, until they decided last minute that they really wanted a girl. Steve would then be adopted by a middle class family in Mountain View. Their names were Paul and Clara Jobs.

Steve wasn't really into education, and had dropped out of Reed College in 1972 after deciding that it wasn't really for him. What looked to be the end of a bright future, was actually the opposite. Steve returned to California and met up with a friend, Steve Wozniak in 1974 where the pair would participate in the Homebrew Computer Club. There, the two Steve's sold a product that allowed for free long distance calls utilizing a whistle found in Captain Crunch boxes as a prize. It was called the Blue Box.

What started out as a hobby soon brewed into passion. Jobs turned Woz's creations into products, selling them all across California. Eventually, Woz invented a personal computer that could be useful for the average man. He and Jobs built about 50 of them and sold them under the name Apple I.

The Apple I was only the beginning, as the two worked hard on a newer product built inside of a plastic casing. This went by an equally creative name of the Apple II. And this is where the company known as Apple Computer flourished. In what seemed to be only days, the two Steve's had hit it big. The Apple II was everywhere and used by everyone. The personal computer revolution had begun.

Apple fought tooth and nail against competitor IBM, each one trying to one-up the other in a constant struggle to be the best. In 1983, Jobs decided that he needed a CEO to take over the bigger picture while he focused on innovation. He hired John Sculley, then CEO of Pepsi, with the famous line "Do you want to sell sugar water for the rest of your life, or do you want to come with me and change the world?"

In 1984, Apple revealed it's biggest attack on the computer industry in the form of the Macintosh. Finally, there was a computer that was easy to use- with a graphical user interface manipulated by means of a cursor on the screen using a device called "the mouse". From then on, everybody and his brother had rushed out to competer. And only a few months later, in a conspiring move, Bill Gates of Microsoft had released Windows- based upon information he had stolen from Apple.

In 1985 Steve Jobs was fired from the company he started in a power struggle between himself and CEO John Sculley. He moved on the found computer company NeXT and entertainment company Pixar. From there, Steve had already began to bring himself up from rock bottom. One step backward, two steps forward.

Steve lasted the next decade on these two companies- with Pixar working with Disney to produce the first successful computer-generated film, Toy Story in 1995. NeXT, although not as successful as Steve would have hoped would prove to be a key element of Steve's future.

The 1990s were tough for Apple. The direction of it's leaders was twisted, the products lacked innovation and the competition was better. To save itself from existence, Steve Jobs was hired back as Interim CEO of Apple. From there, he cleaned out the comparative mess left behind by previous figureheads of the company as he emptied Apple's board of directors and replaced them with the competent men and women that have brought Apple to be the amazing company it is today.

In 1998, Apple unveiled it's first renascence since the Macintosh. The iMac, as it was named, was a product aimed at internet access, more advanced processing and ease of use. For the third time in his life, Steve had released a blockbuster hit- changing the industry from boring beige boxes to beautiful, advanced workhorses for everybody.

As 2001 rolled out, Steve Jobs unleashed upon the world the iPod- the device that brought 1000 songs into your pocket and brought back the music industry from the grave. Never before had such been possible or even plausible. And for a reasonable price, he had once again delivered a revolutionary device.

Flash forward to 2004. Steve Jobs has met his first meeting with the hands of death. He was promptly diagnosed with pancreatic cancer, and left with a very short amount of time to live- as the disease is usually considered to be a death sentence. Yet, somehow, by sheer luck, Steve had a rare form of the disease which was removed by surgery. What was thought to be his last bout with death, had become his first.

In 2007, Apple changed the world a fourth time with the iPhone- which combined the power of the internet, the convenience of the phone and the entertaining value of the iPod into one solid device. It also proposed to the world a new technology in the form of the flawless touchscreen. Instantly, Apple had thrown the industry into a giant mess in trying to compete. Google launched Android. Palm launched webOS. Microsoft struck back with Windows Phone 7.

In 2008, Steve took another leave of absence to focus on his health. Only a few months later, Bloomberg posted a mis-guided 2500 word obituary to Steve Jobs. Later it would be revealed that Steve had undergone a risky liver transplant that saved his life. He returned thinner and appeared sicker than he had been before.

Somehow, in less than three years, Steve and Apple had done it again with a new take on the computer called the iPad. It took the innovation of the iPhone and projected it onto a larger screen- startling developers into pushing out apps that have, like the product, changed the world.

This year, less than two months ago, Steve Jobs stepped down from his title of CEO and passed it onto then COO Tim Cook. He remained on the board of directors as chairman- overseeing the big picture while Tim focused on day-to-day.

And today, October 5th Steve Jobs died after a long battle with pancreatic cancer. Although Steve was taken from the world before his time, he had accomplished more than anybody could have done in multiple lifetimes. He has shaken the very foundation upon which this world sits and changed it for the better. Innovation upon innovation he had continued to change the way we live our lives. Everybody has been affected by Steve in some way- and we owe him so much for the contributions he has made to this world.


As we look forward to the future, its very difficult to come to closure knowing that Steve Jobs is no longer with us. Undoubtedly, Steve was a fantastic human being; a role model for us all. He was a strong leader and an effective thinker who focused all of his power into making the world a better place, and for that he will be truly missed.