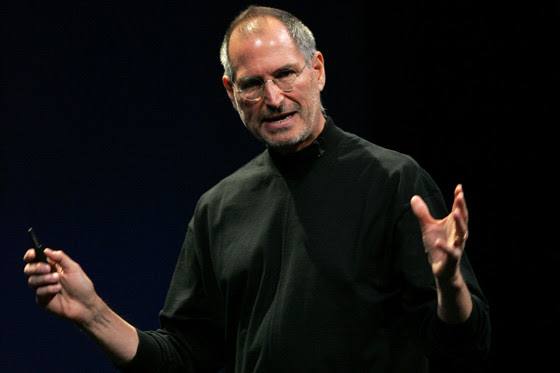 Although Review Editor Zach Davis isn't due for another video game review until next week, he has offered his own reflection on the death of Steve Jobs and Apple. You can check out the rest of Zach's stuff here.

Unless you’ve been hiding under a rock today, you probably already know that Steve Jobs, founder and, for much of his life, CEO of Apple, passed away today at the horribly sad age of 56. You also probably know the nitty-gritty better than I do, but I don’t care about that anyway: I want to talk about this man’s legacy.

While I was trying with all my effort to not do my homework through Facebook, I saw Steve Jobs’ name cross my screen… then again… then again, as if it was the only status update made tonight. I realized it was not a coincidence, or one person’s influence telling the others to repeat his message, but rather the immense impact of Steve’s passing. He was such an influential figure in our culture- a leader of entrepreneurial and technological change that wormed its way into our society.

Personally, I had been vaguely aware of Apple as a kid, but lived in a Windows XP household. My school adopted Apple computers when I was in elementary school and I learned the basics of the dock, of applications, and of all the other nifty quirks and elements of an Apple computer- but I was still in allegiance with my home desktop and my Windows XP. In middle school, however, I learned what it was like to “own” an Apple computer and to integrate myself in a nearly purely Apple world when our school system’s infamous (to our area) laptop system arrived. 7th and 8th graders receive their own laptop for the duration of the school year and return them at the end. We spent these two years learning how to customize a Mac, to work its inner functionalities, and, most often, filling its hard drive with “unsolicited” games.

It was during these times that I first truly owned Apple technology, progressing from an iPod Shuffle to the iPod Touch 2nd generation, then getting my still-current laptop. An aluminum Macbook Pro with a Solid State Drive- a beautiful computer both inside and out. I was flung even further into Steve Jobs’ inventions when both my iPod Touch and phone were stolen- it only made sense to replace both with the iPhone 4- an artistic work as much as a functional phone, music player, gameboy, and everything else I could want. I can only try to imagine how different my life would be without these gifts, for they are much more that mere conveniences.

Apple has so seamlessly taken over my life; yet I’m not alone. The ever-expanding, all-pervasive engine of Steve Jobs’ creations continued to invent, expand, innovate, and pave the ground for others to follow in its footsteps- though never to surpass it. Though, it’s not over. Steve was just the flint of the bonfire that is this Renaissance of technological advancements- he laid down the path, but others now tread in his wake. He was a great leader and a good man, but he is not the only one to walk this road.

I think this is where his legacy lies- not that he created the iPod, the Mac, or Apple’s policy of only giving the best service and the best products, though these are no small steps, but that he revolutionized the way we invent, utilize, and implement technology. What was once a luxury is now at our fingertips, full of aesthetic design and integrated functionality. The future of technology is in our hands- companies’, mine, yours- and we mustn’t let Steve down. It is all of our duty to pick up where this “Edison” of computers left off and leave our respective mark on the world of tomorrow.

Apple is not dead, and we should not be disgraced- rather, we should be honored to follow in the footsteps of a giant. Rest in peace, Steven. -Sent from my Macbook Pro