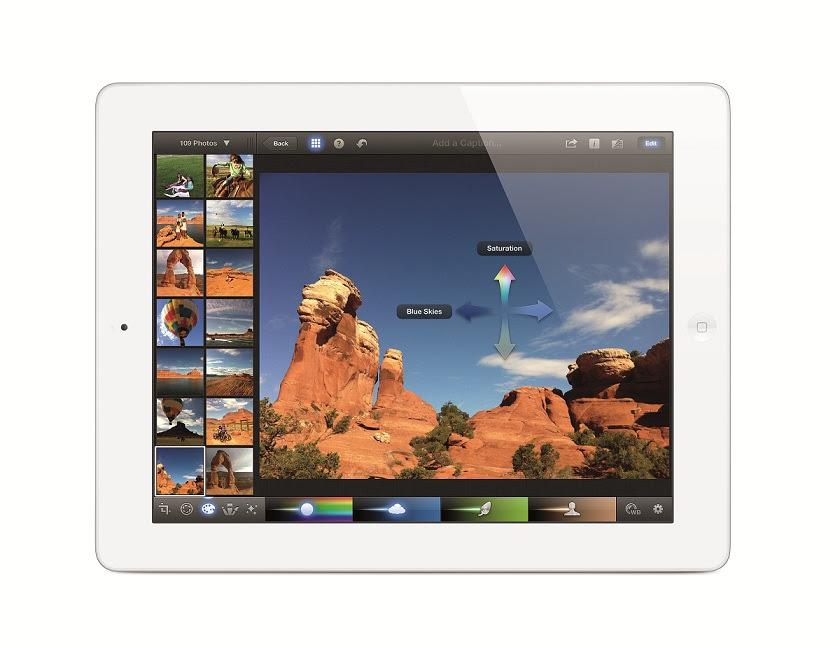 Tim Cook, CEO of Apple probably said it best at last weeks' "new iPad" presentation when he said we are now totally immersed into a post-PC world, where Apple is at the forefront, and Apple has reinvented portable computing with it's iPad. But Apple also made a very interesting pun that not only applies to it's new iPad, but also to the company itself in this last year. It's not revolutionary... but rather, resolutionary. There have been countless huge changes to the company in this last year, but all the while, the company has been able to shift itself slowly in the right direction, making small changes to big things, and doing a great job at it.

Steve Jobs has been dead for several months now. Although Apple hasn't fully recovered from the real awe that the man left behind in his death, they have certainly paid their dues to him with the lack of direction changes within the company. Although we'd all like to say "Steve would have wanted it that way" or "this is the way things would have been anyhow," we all know Apple needs a change. Apple always needed change. That's exactly what Steve brought to the table. Change. A new perspective on the industry. Or even a new industry. That's what set Apple apart from the competition. And honestly, change can either be great or horrible. Apple is just really good at the great part. Although Apple arguably "lost" a visionary, they didn't lose their spirit. And this years' new products and enthusiasm are proof of that.

The year 2012 (for Apple) started with the continued hype and complete adoration of Apple's iPhone 4S- the current leading iOS product offered by the company. This product is a perfect example of the phrase "resolutionary", as it received very minor internal updates over major external updates. And believe me when I say this, I'm not the biggest fan of a phone made with two fragile panes of glass and a brushed stainless steel rim. Then again, it's undeniable that the design is beautiful, and, if I weren't so clumsy, I would totally opt for such a product as my main phone. But alas, I digress.

At the same event Apple "updated" their iPod line, adding new software capabilities to the nano, and adding to the mix a white iPod touch. And why shouldn't they? There's nothing wrong with any of the iPods, even the seemingly-forgotten iPod classic.

Apple continued on strong with a great software lineup, a preview of the next great edition of OS X- Mountain Lion- which, as the name suggests, is an improvement upon the previous operating system, OS X Lion. But honestly, this has really been "the year" for software. Especially for users who purchased Apple products for the iLife or iWork suite. Then again, software is the driving force behind the purchase of all Apple products, despite the excellent hardware that accompanies it.

With all of these minor incremental changes being made on big name products, a follower of Apple or the tech industry might have made the assumption that something big was in store for the next generation of iPad. People were looking forward to a revolutionary new design, the specs of a decent laptop computer, an amazing screen resolution, a new camera, and a load of new apps to improve upon the iOS application experience. Although users didn't get the first part, everything else was included with the "new iPad" that are proof that a big design change isn't needed to make a great product. I mean come on people. The new iPad had a retina display with a higher pixel density and pixel dimensions than an HD television.

So yes, Apple has gone "resolutionary" instead of "revolutionary" this year. Nobody expected them to go that route. Some people think and expect Apple to go the extra mile with every new product because... well... they're Apple. It's just the way things are. But Apple is also brilliant in disguising a new product with a load of potential. And that is what every product this year has been. And for that, I give Apple a lot of credit. Losing the big man in charge doesn't usually end well. But Apple has really made the best of it. Oh, and according to the rumor mill, Steve Jobs isn't the only person who designed these products, despite what everyone else thinks.