A Blast From The Past: The Half-Life Series Review 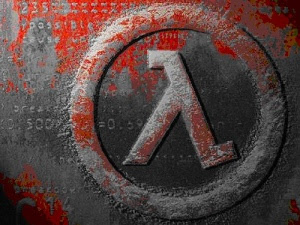 This week, instead of reviewing something new or going too far back in the past to review an old favorite, I’d like to take everybody back to a simpler time. Back to when the internet was still blossoming, when Clinton was still president and there wasn’t a war on terror yet. Seinfeld was making an exit, and blah blah blah… you’ve heard this before. Today, I’m going to talk about the Half-Life series. “Max, why would you EVER want to do that? There hasn’t been an update to the game since 2007, and even so, most people are aware of the series.” Well, my imaginary critic, that’s simply not the case. Over the past month, I’ve been talking to my close friends and relatives who have played games like Doom, Quake, Halo and Call of Duty. Some of them were even familiar with Wolfenstein 3D or Marathon. Oddly enough though, none of them have ever HEARD of Half-Life besides in biology or chemistry class. So, to answer your not yet existing question, there is a good reason why I decided to do this. Another thing- I managed to replay every game from the series, from Half-Life to Half-Life 2: Episode Two. Nothing is really a recollection from gamer’s past. I played these games when there were fresh, and I played them again for more clarity. I must say, it felt great. Now, onto the review.

The Half-Life series revolves around the central character of Gordon Freeman; the protagonist and only playable character in the series. Freeman is a theoretical Physicist at the Black Mesa Research compound located in Los Alamos. During a normal day, Freeman is offered to perform a special test on an unknown sample (and puts on a Hazardous Environment suit or HEV suit to protect himself, a big part in the game) which somehow causes a phenomenon in the laboratory known as the “resonance cascade”. Freeman is transported to an alien world called Xen, to a group of aliens called Vortigaunts and back to the facility all in a matter of seconds. Freeman awakes to find the lab in shambles, many of his co-workers dead or transformed into zombies via frog-like parasites called head-crabs which grab onto your head and morph your body to a disgusting, deadly creature. Freeman also comes across dog-like screaming aliens with multiple eyes, Vortigaunts and monsters spewing green sludge from their mouths. As if Freeman’s  day couldn’t get worse, the government sends in a team of marines to apprehend Gordon, kill the survivors and aliens and overall keep everything hush-hush to the outside world. For the sake of preventing spoilers, this is all I will detail for the first game, now on to the next few.

After Half-Life became a huge success and a pop culture phenomenon, it’s mother company, Valve decided to release a few short spin off’s, a major sequel, a remake of the original, two episodic titles and two puzzle games with a loose tie-in to the Half-Life universe. Half-Life 2 has since been noted as “the best game ever” and has won over fifty game of the year awards. Half-Life 2 continues the story of Gordon Freeman and his troubles, twenty years in the future, in a dystopian world controlled by a race of human-like brutes known as the Combine. Unfortunately, I’d like to also stop it here. This game has such a fantastic plot that it needs to be experienced by the gamer, and not by some random reviewer. However, I will note a few non-plot related aspects. Most reviewers as well as myself will attest to the game’s amazing physics engine. Out of all the games I have ever played, this one is as real as it gets. Throughout the game you experience many little puzzles as well as a proper blend of story and some of the most satisfying shooting experiences ever. The end of the game specifically feels great but a little too easy for my tastes. The next two episodic titles continue to both add on to the story and gameplay, as well show an obvious gradual graphical improvement. However, most times it feels as if they exist only as a machine built to tell the Half-Life story, and many gamers will get to feel that. However, it certainly doesn’t take too drastic of an effect over gameplay, which continues to be amazing in both titles. And hopefully soon, there will be the release of a final episodic title or hopefully a whole new game.

Perhaps the best way to play the Half-Life series is, well, in order. And considering the way the story works, you really have to do that to understand the series and to really appreciate it. My suggestion is that you purchase both the original on Steam (or PS2 or plain CD) and The Orange Box- a collection of Half-Life 2, Half-Life 2: Episodes One and Two, Portal and Team Fortress 2 (Mac & PC through Steam, PS3 and 360). These games work better together and feel more satisfying when played in a row. So, what’s my recommendation? Please, if you have not played this game or even heard of it, go out and buy it. At most, all of the games in the two mentioned packages cost thirty bucks- that’s half the cost of one xbox 360 game. Also, do yourself a favor and get the Portal series as well, in case you haven’t read my Portal 2 review yet, let me tell you right here that it’s all worth it.