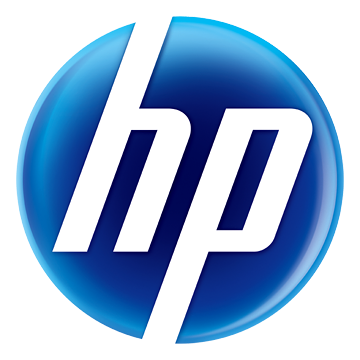 Reading this title we can look at the former HP CEO's effects in two ways- the positive or the negative. Unfortunately though, it's almost impossible to find such a positive. He came in and left behind him in his departure a comparative disaster upon which it will take years to fix. The result of his actions has left both himself and the company he ran in a laughing stock all across Silicon Valley. It's easy to look at what he did while he was in power- but it's incredibly difficult to imagine the future of the company now that he has finally left it behind him.

HP was founded as a hardware company. From the beginning of it's emerging existence, the company grew from making calculators to personal computers and advanced systems. And in the 90s, the company brought the PC into new light and embraced the power of Microsoft Windows. In the early 2000s, the company launched itself even further as a household name, with everyday home products designed for budgeted consumers. In the mid-2000s, the company acquired Compaq and officially launched itself as the largest PC maker in the world.

Sure, HP has done software before- but it isn't really their specialty. To give up their hardware sector, or even spin it off is a crazy move. And honestly, it's hard to see the company truly go forward doing it. Apotheker's move to ditch hardware completely is beyond insane- and since the board is being given the decision without the threat of Apotheker looming over them, it seems fitting that they will be able to make the right decision without error.

Apotheker had also killed off HP's year-old acquisition of Palm. The cost of such, which needs to be reiterated as many times as it takes before the man realizes what a waste this decision was- $1.2 Billion. That's no chump change- even for HP. The company and it's leading software platform- webOS had so much potential it makes me sick to my stomach.

Apotheker had in his hands the tool capable of successfully rivaling Apple's iOS and iDevices and he axed it just because it didn't become "number one plus" in the incredibly short time it was on the market. The TouchPad wasn't even given a proper month before it was axed by HP. But ol' Leo was too afraid of taking proper and normal business risks, so he kicked the platform to the curb and called it quits. It didn't really have a chance as long as Apotheker was behind the steering wheel.

Without Leo in-house as CEO or the power of a board member, HP has apparently been awarded a second chance to pick itself back up and come back with both guns ready and loaded. When all else fails- try something new. That's the problem with all of these companies. All they strive to do is copy Apple. And look how it pays off. Lawsuits knee deep and product bans in Europe.

What HP needs to do to succeed- and any company for that matter- is to actually take the time, effort, energy and risk of putting out a totally new product that bests everything on the market or generates a new category. Apple's been doing this for years. It's about taking risks and building the best damned product you possibly can. Not the HP TouchPad, which was rushed to market with a glitchy OS and internals from yesteryear.

HP needs to step up to the plate and make a stand. No other company yet has succeeded in doing so. And if this continues, Apple will successfully monopolize the market. HP and everybody else playing this game cannot let that happen. We as consumers can't let that happen. Choice is such a good thing- it's what makes being in this country so great. And if HP doesn't do it, somebody else will. Or won't. Maybe their CEO will chicken out and call it quits too.