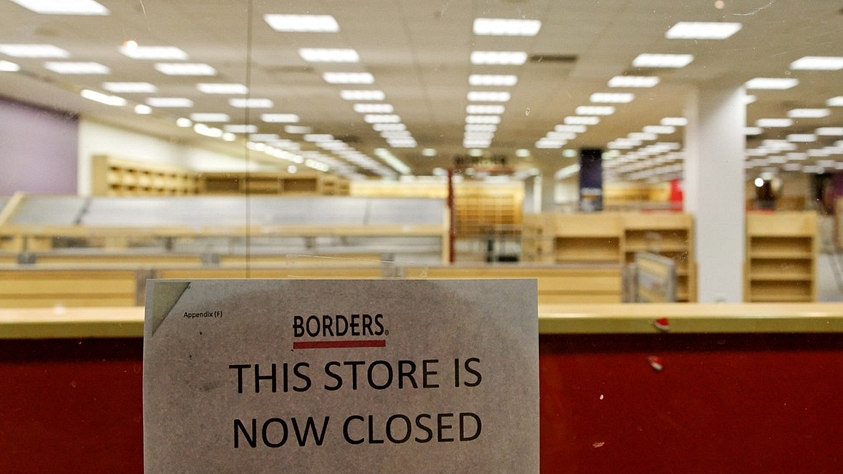 I hear it everyday, all the time and everywhere. They defend it so strongly, and refuse to listen to the truth and the data points and instead rely on their own standards. I'm talking about people who read, and actually, people who don't. I read very often. In fact, I constantly immerse myself in books, I read news everyday and I use those things to manage this blog. I am not a book hater, I am not illiterate, and I don't think the book industry will ever die. Sure, we've all seen a complete disappearance and loss of book stores in our neighborhoods. And it's not likely to stop anytime soon. Reading is a pastime, a hobby, a dedication and a purpose. We read because we want to learn, we want to live, we want to love and enjoy life through the eyes of others. We want to relate to other people and enjoy their stories- fiction or non. We read because we are human. And books, just like television, radio, gaming, music and even the internet is a form of media... and a popular one at that. Books can never die. But that doesn't mean they can't change.

Books have been the same way for so many years for a big reason- it just works. Books are amazing because they quickly and easily manage to disappear and allow the reader to experience and enjoy the world as created by the author. There really hasn't been a sensible replacement for books until now. Actually, there has been only one major change in how we read texts. Before books were made of paper (thus being made of trees) they were made of silk spun from silkworms- making literacy a rarity. However, once the medium shifted to paper, text became dirt cheap to own, easier to read and collect, and nicer to transport. Thus, the book hasn't changed since. But, after all these years, who's to dictate that change is so bad?

Books are also hard to mange when the collection becomes large, causing owners to go out an spend money on expensive book shelves and other means of storage to feed their obsessive reading and collecting habits. In the end, this not only costs more of your hard earned money, but also space in your home. Not to mention that books use up paper and cost money and energy to make. In contrast, ebooks are just simple files that are easy to edit, import, export and share- as they're very small in size. In the end, you pay more for standalone paper books than you do for ebooks. The Amazon Kindle costs only $114 for the ad-supported model, which only displays ads on the homescreen and as a screensaver- never getting in your way during your reading. It also supports PDFs and documents, allowing you to read your important files on the go with the click of a button. If you want internet access everywhere, it only costs $139 for the ad-supported model. Or, if you hate the barely apparent ads, it'll run you $139 for the Wi-Fi only kindle and $189 for the 3G model. But really, the ads are barely there and only help you out and give you deals on the Amazon store, so they're more of an advantage than a disadvantage.

People always worry about ebook readers and their readability in the strong sunlight. Thankfully, all good ebook readers make exclusive use of a technology called eink- which is just as clear and clean as paper. Not only that, but the device is thin and light for easy prolonged reading and transportation in bags, purses or backpacks with ease. In fact, most ereaders are the size, if not smaller and lighter than most paperbacks. You really won't have a problem transporting this thing where ever you need to go.

So, is the book dying? Not at all. The book is simply changing form and becoming something better and easier to use and own. In reality, the idea of a book is to become a convenience and not an experience. It's simply a vessel to allow the words of the author to thrive. If we can make it easy, why not do so? What's so great about carrying around large, clunky books and having the magical ability to physically turn a page? Do people use it as a workout or is it some strange nostalgic feeling that makes people feel better about reading? Whatever it is, it's time you stop making up excuses and at least take a little time to look at the ebook. You shan't be disappointed.