Today, for the first time, I used Apple Pay. It was at a McDonalds in the middle of the crossroads of America. The employee who rung me out didn't even know that I was able to use it there.
It was splendid.
I tapped the Passbook app, fidgeting while I excitedly tapped my shiny Gold Fifth Third debit card, and a little circle popped up. So, I held down on the TouchID button, and almost instantly, a little noise popped out of my iPhone's modest but powerful speaker, and the process was done.
So much faster than pulling out a debit card, swiping (possibly unsuccessfully), entering my pin, fumbling the card back into my wallet, and then obtaining the receipt before enjoying my food.
It wasn't totally perfect, but it was close. But also, it was really, really cool.
This is the future, folks. This is how it is meant to be. I will never pay with a debit or credit card without wishing for Apple Pay ever again.
Posted by Max Bleich at 10:34 AM No comments:

The Case For the Modern Notebook Computer

It's now 2015: self-driving cars have become a fast-approaching reality, smartphones are in the hand of every man, woman, and child, and now the notebook computer is a sub 2 pound mobile powerhouse with capabilities beyond Stewart Cheifet's wildest dreams.

I remember 2011, when Steve Jobs showed off the then-latest MacBook Air models, which had no moving parts (albeit with small fan), was lighter than any notebook we had ever used, and just as powerful and serious as the other guy's powerful behemoth.

Even Microsoft has tried selling the same attributes of the current MacBook Air and the iPad with its now-ubiquitous Surface tablets.

The proof is in the pudding: consumers expect their notebook to be more like their tablet. And why shouldn't it be? Isn't it sensible that we should take what we learned from building a tablet to design the notebook of the future.

And that is just what Apple and Microsoft have done.

Let us take a quick look into what makes up a modern notebook computer before we dive into why such a thing is so needed in 2015.

Younger customers, primarily college students, are actually required to obtain machines with certain minimum specifications. The requirements do change every few years, but usually require the latest Intel chipset (i5, Core M, or higher), 4+ GB of RAM, and even an optical drive for certain programs. Why in the world do we still need an optical drive? Most software is digitally obtained and primarily digitally available. Luckily, there are external drives available for when you REALLY need it. But most students or even regular folks won't (/rant).

MOST people however, need a device that will "get them by" and allow them to at the very least perform word processing, develop and edit spreadsheets, browse the web (in all of its glory), play casual games, and enjoy various forms of media (Netflix, music streaming, photos).

Because of these very broad requirements, doesn't it just make sense if we develop one single platform for everyone and cut out the need for extreme variation? Choosing future notebooks becomes much easier when there is less variance.

I believe that is where Apple and Microsoft see the eventual convergence of the market: variance based on storage needs and that is where such variance terminates.

So again, what is the "modern" notebook look like?

It has the following things: a single internal design (CPU, RAM, battery life are all fixed), variant storage sizes, thin and light chassis, appropriate screen size, and affordable price tag. To fit all of these requirements, there can't be too much I/O and there also can't be too many added extras.

Both devices cut out unneeded I/O, remain very thin and lightweight, cut out extras such as optical drives and fingerprint scanners, and are very much affordable.

Apple and Microsoft KNOW what they are doing. What about the rest of the market, though? Where is Dell's ultramobile device? Lenovo has a good device, but there are too many ports and the weight is still too much of a compromise.

But consumers still have an issue: Apple and Microsoft are AFFORDABLE but not INEXPENSIVE. There is yet to be a really really good economy model of both the MacBook and Surface.

Thus, it is up to other manufacturers to develop similar devices but in unique designs to rival the price tag of both Apple and Microsoft.

The market is craving more ultraportables. Let's give them what they crave.

Or else the PC market will go from decline to disappearance.

It's an obvious trend in the current marketplace; if you build less, they will come. Less is more, now a days.
Posted by Max Bleich at 1:30 PM No comments:

I Want an Apple Watch, And You Should Too 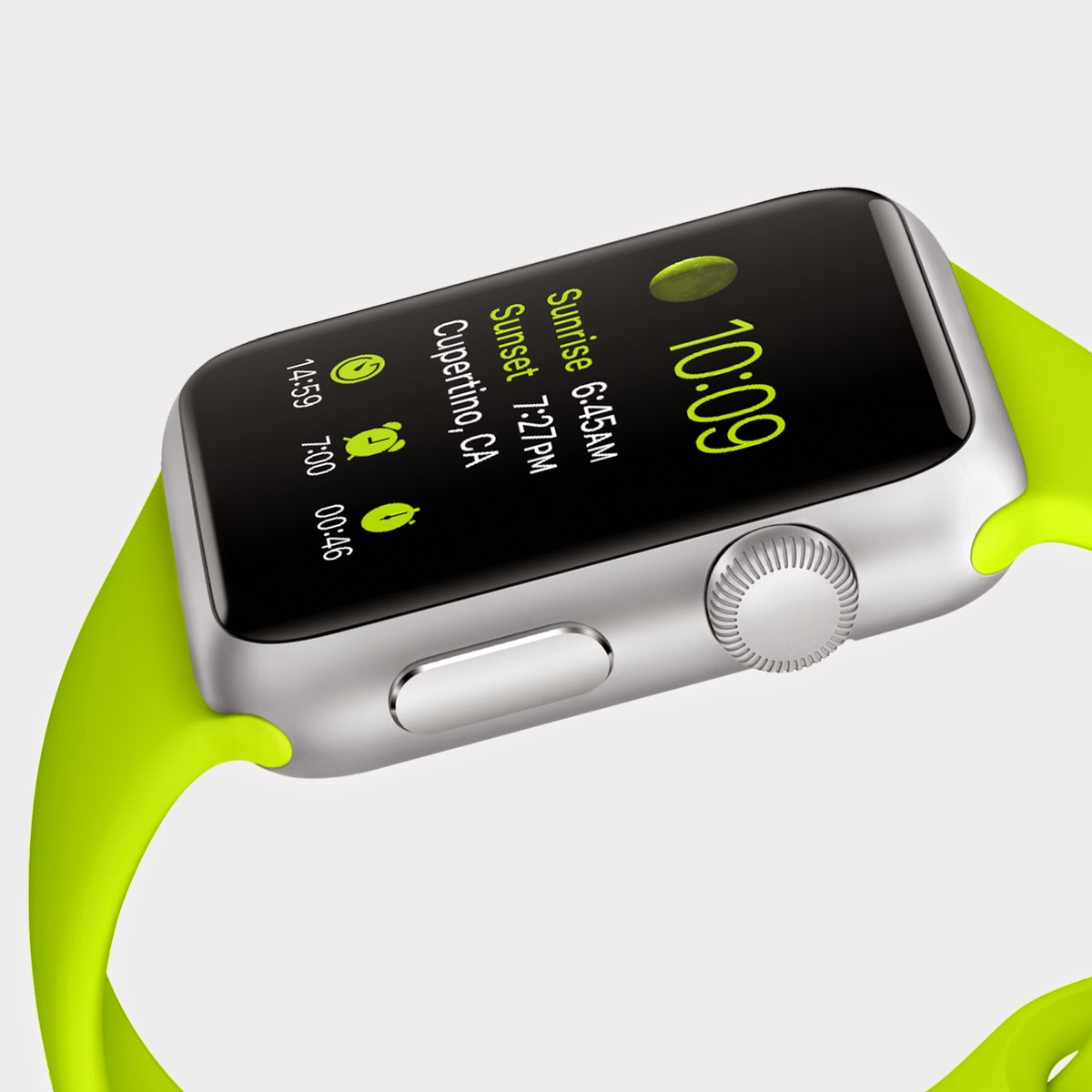 Well, I really want the $10,000+ rose gold Apple Watch with the white sport strap, but I'm not sure I have the resources for that right now. So I'll probably just settle for the Apple Watch Sport, the lower end of the Apple luxury watch spectrum, slated to be rolling out on shelves on April 24; which, according to Apple, still counts as "Early 2015".

I think you get my point.

The Apple Watch, although facing criticism from many (and much more praise from most), is yet another game changer for Apple and the consumer electronics industry. Just as Macintosh, Powerbook, iPod, iPhone, and iPad changed the way we live our lives every single day, the Apple Watch will also join the ranks.

But the watch isn't just a big move in the consumer electronics industry, it is also Apple's entry into the fashion world and proof that Apple can make luxury products in every sense of the word.

Apple is so sure of its relevance in the fashion industry, that it paid what amounts to almost $2.3MM just to place a 12-page spread on the product in Vogue.

What else do we now know about the Apple Watch?

We now live in a world where, very soon, we will be living the (no longer) fantasies of The Jetsons and Dick Tracy with the ability to easily communicate with our world and the people in it using a magic box strapped to our wrists. And, despite what many will tell you, the thing IS affordable.

I think we as a society are so spoiled by the abilities of our smartphones that we seem to forget that there is a world around us. I'm guilty of it too. So, what is the solution? Look at your incredible space-age futuristic magical screen toy less, of course. But you won't. You're an information junkie.

SOLUTION: make a device that delivers information that YOU want, and nothing else, let it be your companion, and make it easy to glance at and respond to notifications so that we can all get on with our lives.

Because, you know, the clock is ticking after all. The Apple Watch, if anything, is an investment on the time that matters to you. If you give a damn about living the lives your parents and grandparents did, unburdened by smartphones and screens on every wall and toaster, then consider a wearable such as the Apple Watch.

But more so, do it because you can hail an Uber from it, safely and easily handle money with it, share your heartbeat with it, change your music with it, monitor your health and activity with it, and most importantly, live your life with it.

The Apple Watch is many things, but of these things that it happens to be, the damned thing isn't here yet. Unfortunately, we have another month before we can even preorder the device, let alone purchase it outright.

Which really sucks, because I really want an Apple Watch.

When will I get one, you ask? Only time will tell.

Quick Deets on the Apple Watch

*Price depends on configuration of strap with casing
Posted by Max Bleich at 11:24 PM 2 comments: