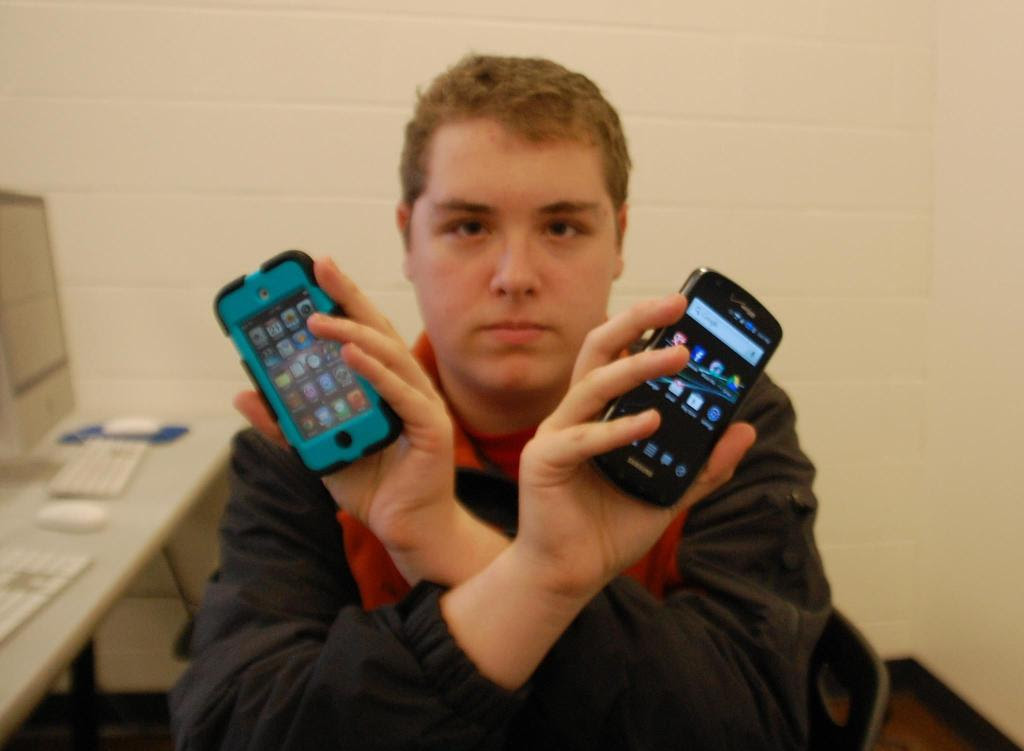 Every year around summer or autumn, Apple is known for introducing a revolutionary update to an existing product, something that exceeds all expectations and includes features we didn’t know we wanted until Apple told us we did. This past month, Apple introduced its long-awaited iPhone 5 and a completely refreshed line of iPods. While the devices are definitely an upgrade, there are no true surprises to be had with these new products. Not only that, but the design of the iPhone 5 has been known for months now. What happened to all the secrecy, the surprises, and the drastic advances that we’ve been brought up to expect with the introduction of a new Apple product?

It’s true that the iPhone 5 is unlike any phone on the market. It’s thin, light, fast, and sleek. The iPhone 5, which sold over five million units in it’s first week, has received unanimous critical acclaim as the “best smartphone available today.” The iPhone 5, which is more or less a minor incremental upgrade from the iPhone 4S, features a larger display, a new charging/sync interface, improved processor speed, a thinner design, double the random access memory, and a new aluminum backing to make it both more attractive and more durable.

But despite these features, it’s boring. I expected more than a simple redesign of the iPhone 4. That’s not to say the iPhone 5 is a bad product- it’s probably the best smartphone on the market. But it’s not revolutionary. There are no new features that completely change our lives. There is no magical device that inserts into your eyelid. There’s just a thinner incremental upgrade that has been overhyped by the world’s largest consumer company on the planet.

The refreshed line of iPods was also a big disappointment. I remember a time when the iPod was everything. If you didn’t have an iPod, you were a total loser. However, with the latest iPod upgrade, Apple sidestepped the opportunity to revolutionize the “smartwatch” market by opting into a new clipless design for the iPod nano. The previous nano presented a shift from the ultimate pocket-sized ultra light personal media player to the tiny musical companion for all things music and nothing but. It became well known by users and accessory manufacturers for it’s use as a “smartwatch.” However, this time, Apple did not update the nano to resemble the previous model, instead opting for a classic media player mirroring that of an iPod touch. Apple did not make the attempt to innovate. They simply updated a line of media players with more features that people wanted.

As Tim Cook said last year, Apple once again, has taken a step back in revolution, and instead focused on resolution. (The word Cook actually used was “resolutionary,” with the unveiling of the new iPad.) Quite frankly, I find it to be the best way to describe Apple’s current situation. They’re focusing on upgrading everything to be slightly better, but not too different from the predecessor. This is not a bad thing, but it is scary that the company that brought us the Macintosh, the iPod, the iPhone, and the iPad, is unable to bring us a new product that makes the last one look like a thing from the stone age. In that regard, I would like to know- what happened, Apple?

If you're looking for some awesome wireless lights to light up your dark driveway, your garage, the stairs to your basement, and everywhere inbetween, check out http://mywirelesslights.com/ for the best selection for the best price. And if you enter in the promo code thetechtile you get five dollars off ANY purchase!!!