Google's Project Glass is the Future of Mobile Technology 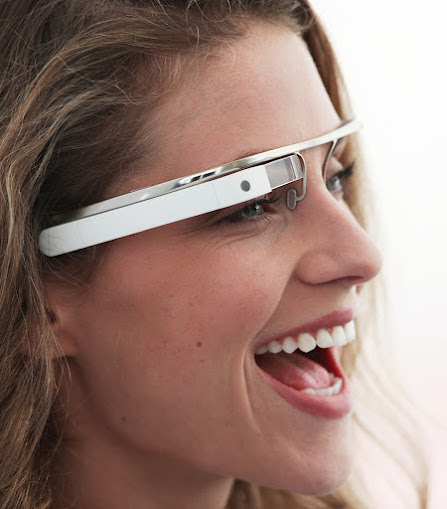 I write about technology for many reasons, but one of them that I think is the most important, is that technology is constantly evolving. Sure, it's frustrating that it evolves so frequently that you may need to replace a product every two years. However, this is a big part of the cycle that keeps everything up to date and fresh. The best of the best now instead of later. Then again, it isn't everyday that a product released that will become a main part in our lives, and it certainly isn't everyday that the product in question only requires your voice. And that in itself, is certainly incredible.

Google did it. They've found a reasonable way to have a HUD (heads up display) device that is right in front of your eyes, yet all the same, disappears when it doesn't need to be there. It seems to be fully integrated with Google's services, and while it doesn't look to be the device for a huge app market, it definitely has a place as an inexpensive convenience tied to your phone and other devices, and it really looks to be that hassle-free product that we've all been looking for for so long.

There's a reason of course that this technology can be so effective; everyone will not only want one, but eventually need one. In this new twenty first century, we are very mobile folks. We're always moving, always improving, always doing, always reaching new heights. And because of that, we need ways to just get things done.

That is where Google Glass comes in. It's there when it needs to be, and it disappears when it doesn't. Notifications appear, but don't get in the way, and you can respond to them with your voice. You can use it to take pictures. It helps you find where to go, and like a GPS, leads you there, using Google Maps. And with this, it could finally replace the need of paying for a separate GPS, while also being less distracting (a huge feature that maybe be the deciding factor for some people). I imagine it could be used for light web browsing, emailing, and sending texts (the notification respond feature).

Google also flaunted features such as the ability to use it to listen to music (which would be a big deciding factor for me, since I use Google Play Music all the time), and the ability to have video conversations, although obviously the other person would not be able to see you unless you're in front of a mirror.

These are the technologies that change the world, and ultimately help us reach that Jetsonian lifestyle that we all have been waiting for since the turn of the last century. And if you really take it all into consideration, this stuff really isn't that far off. New York Times projects that Google will be releasing this product in a purchase range of 250-600 US dollars by the holidays. If that's true, then this little slice of future we've all been craving, could be in your hands very very soon.

Personally, I just hope they can figure out aircar travel before I turn 30.