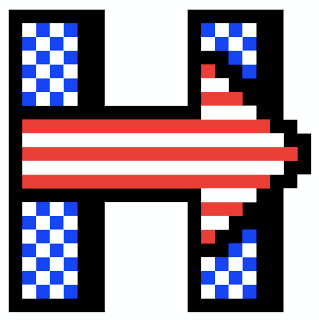 Last night, Secretary Hillary Rodham Clinton broke the largest glass ceiling in the history of the United States of America when she officially won the nomination of the Democratic Party.

Secretary Clinton has been fighting for her entire life in defense of human rights, women's rights and, most recently, LGBTQ+ rights. She is a true champion of the people- that is absolutely undeniable.

What about Clinton's background? She is among the most experienced politicians to run for the office of the president, having served as a law professor, First Lady of Arkansas, First Lady of the United States, Senator of New York and Secretary of State under President Obama. You cannot deny the weight her resume carries.

Last night, Bernie Sanders finally and truly conceded the election to Clinton when he moved to suspend the roll call vote and reflect all votes to nominate her as the official candidate for the Democratic Party in the 2016 election- but not before hearing the final vote from Democrats Abroad presented by his brother Larry Sanders and his heartfelt tribute to their parents.

Both women and men leaned in together in tears. Both women and men, Black and White, Asian and Latino, Jewish and Muslim, young and old, all sharing in a moment of history and rejoice as our country took yet another step to revolutionize the role of women in the political landscape.

Whether you are a lifelong Democrat or a staunch Republican, devoted to the Green Party or a self-identifying Libertarian, this was truly a moment to be proud of.

This is what makes America great. Not great again, just great.

If we work together to further unite behind the principle of equality for all, we can make America even greater than it is today. There's no denying that there is still a lot of work to be done.

I'm immensely proud that Secretary Clinton was officially made the nominee of the Democratic Party, just as I was immensely proud when Barack Obama won the nomination and the presidency in 2008 and again in 2012. We have taken so many steps forward as a country.

Progressive values are what unite this country and bring people together. Social Justice, an imperative in the Reform movement of Judaism, is what guides the Democratic Party, and is why I believe they will lead us to prosperity and a realization of that special dream for life, liberty and the pursuit of happiness. When we are united together, when we work together, when we live together, when we pray together, when we march together and when we speak out together we are stronger.

The Office of the President needs a leader with the experience, the temperament, the respect and the grace to represent our country to the world. Do not forget that the POTUS is the face of our nation to all other nations. When we make decisions, when we hold elections, the entire world is watching. We cannot let ourselves down and we cannot disappoint the international community by making the wrong choice this November.

We cannot succumb to hatred, bigotry, racism, xenophobia, homophobia or anything that will further divide this great nation. We cannot and will not give in.

It's no secret that Apple intentionally releases their products with purpose. All the way back to 1996, when Steve Jobs returned to his tech brainchild, he ditched almost every product Apple had been selling from the late 1980s to mid 1990s, opting into a four part grid which contained one consumer notebook computer and its professional counterpart and one consumer desktop computer with its professional counterpart. Obviously, this grid expanded to include iPod devices, iPhone, iPad, Apple TV, Apple Watch, and so many other great Apple products we use every day.

But there's something inherently different about the release of iPhone SE this March. First of all, it is the first Apple iPhone to abandon the nomenclature that we have become accustomed to, i.e., iPhone 6S, iPhone 5C, and so on.
Posted by Max Bleich at 1:28 PM No comments: