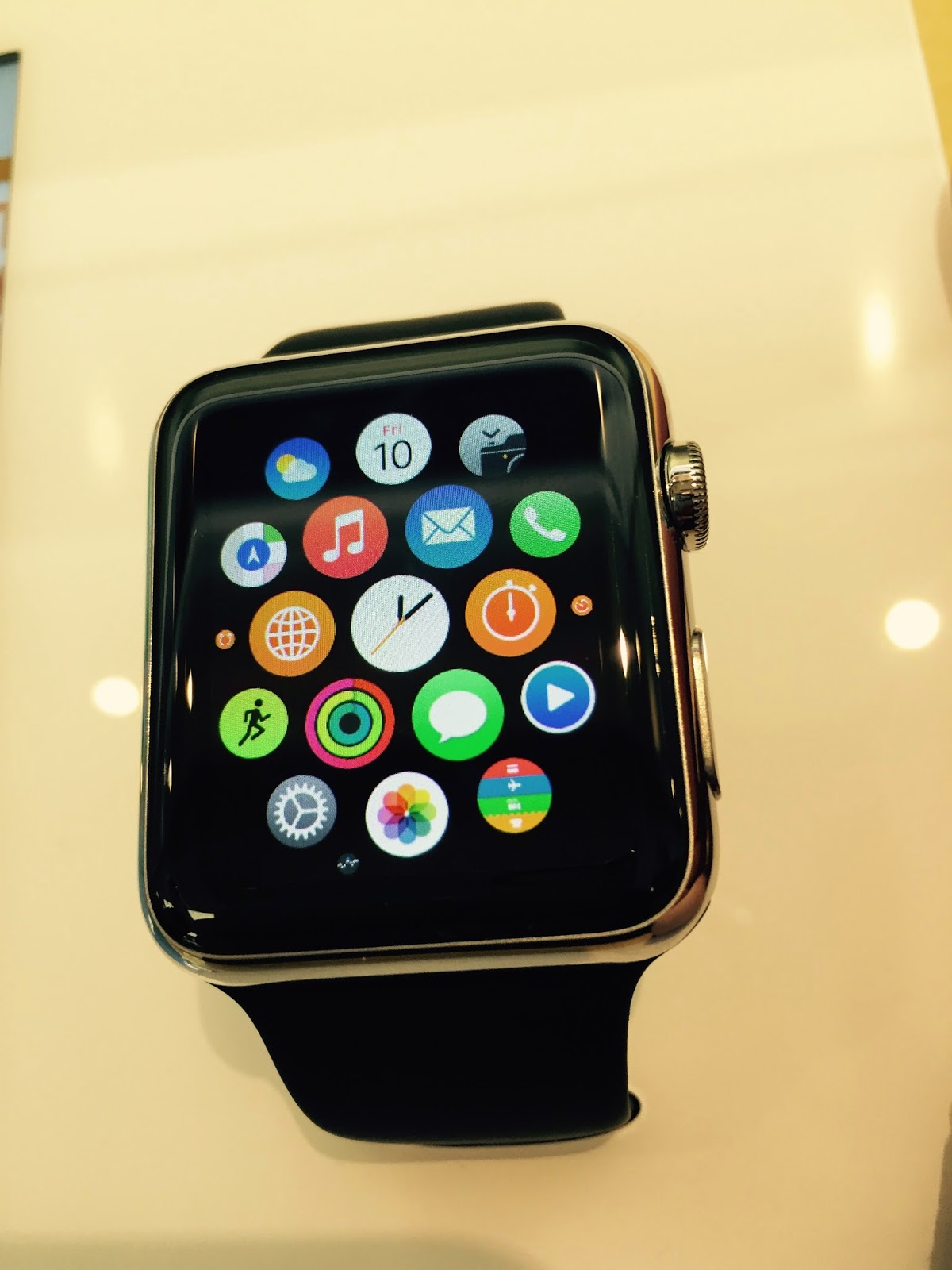 For a few months now, tech nerds have been gawking at Apple's newest and most promising edition to its family of products, the Apple Watch. But, until today, most end consumers haven't seen one in person, tried one on, or tested its interface. Starting at 12:01 AM PST (3:01 AM EST for me), Apple allowed consumers to preorder their own Apple Watch for delivery originally slated for April 24, the watches have already sold out, with projected delivery times (CNN Money) for new orders ranging anywhere from June to even August. The world has spoken: we want an Apple Watch.

You might be wondering, however, what it is like to wear an Apple Watch, how easy it is to use, and how useful it really is. So was I, until this morning.

I travelled to the Kenwood Towne Center in upper-Cincinnati Ohio today to experience for myself what it is like to wear and use an Apple Watch.

Last night, at 3:01 AM, I mistakenly only made a try-on appointment through Apple, instead of preordering the watch outright. And why wouldn't I? What if the watch I had done months of research on, wasn't the device I truly wanted?

So, I hopped in my car, made it to the mall around 11:15 AM, and waited for only about 15 minutes before an excited and friendly Apple employee shook my hand, and brought me over to one of Apple's traditional wooden tables. But this wasn't the table I expected. Through a few clumsy attempts to make it into the hidden drawer using only a specialized iPhone, out popped a secret Apple-esque compartment with about a dozen Apple Watches inside. There were two sport models, one space grey and one white, and the rest were Apple Watch models with every band known to Applekind. I tried many of them out myself, but I couldn't shake the feeling that I wanted the downright sexy space grey model with the black fluoroelastomer sport band.

And I tried it on. And I fell in love. The Apple Store employee shared my same affection for the watch, noting how he thought it was one of the only designs that would really go well with anything. That's just how I felt! How did he know?

Apple had actually begun a new set of training exercises to familiarize their employees with providing fashion advice to prepare for the unveiling of its newest product.

And rightfully so! I was incredibly impressed with the level of knowledge and confidence this employee had, even though you could tell I was one of the first customers he had assisted today.

Without hesitation, I asked if I could try a demo of the newest device.

It is worth noting that the 38 mm model is really a lot smaller than you would imagine. The 42 mm model, however, felt just right. Not too big, not too small. If Goldilocks designed a watch for herself, and also happened to have the techniques of Jonathan Ive, this is probably what she would have come up with.

Both Joshua Topolsky of Bloomberg Business and Nilay Patel of The Verge similarly noted that there was noticeable lagging in certain places throughout the new Apple Watch OS, but I couldn't find anything on the device that didn't flow smoothly as Apple's own commercials. That being said, they had a week with the product, I only had 30 minutes.

But those 30 minutes were incredible. Every piece of the Apple watch was meticulously designed, and if you held one in your hand, or wore it on your wrist, you would know just how well-built the device truly is.

And soon after, it was time to purchase a new Apple Watch for myself.

Hopefully Apple can produce watches faster, but either way, it looks as though it will be quite some time until I have one I can truly sit down and play with on my own terms.

The Apple Watch began pre-orders early this morning, April 10, and is expected to start shipping on April 24. Most stores do not yet carry Apple Watch Edition models for try-on appointments. Apple Watch starts at $349 for the Sport model and escalates to $17,000 for the edition.
Posted by Max Bleich at 11:34 AM 1 comment: