Why 7 Inch Tablets Will Eventually Be Extinct 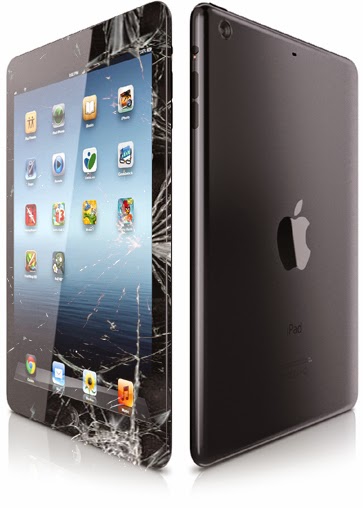 Here's the thing: I have two devices that pretty much "do it" for me. I have an iPhone 5S, and I have a Dell Inspiron 5447 with a Core i7 and 8 GB of RAM under the hood running Ubuntu like a champ. Along with those two, I have an Acer C720 Chromebook with 4 GB of RAM and a Haswell Celeron.

I'm not saying tablets are useless, but honestly, small ones are.

With everything a smartphone can do now, and with larger phones becoming a reality, there doesn't seem to be a use-case for smaller tablets. The extra screen real estate is welcome, but not a major requirement.

As for larger tablets, I fully understand why some people might find them to be useful. But for me, an up and coming Electrical Engineering student at the #hottestcollegeinamerica, I don't need a tablet at all. A notebook computer, no, TWO notebook computers and a fast 64-bit smartphone are satisfying. Games are bright and incredible on both, and when all is said and done, if I don't want to lug around either of my notebooks, I can bring my bluetooth keyboard with me and I can type on my phone. It's not completely ideal, but it works, and I have a feeling someone will come up with a laptop that relies on smartphones to power it sometime soon.

If the latest Apple rumors are true, there are two new iPhones coming out: a 4.7 inch device, and a Galaxy Note-like 5.5 inch device. I'm gonna be blunt, if you have a 5.5 inch phone, ya don't need a 7 inch tablet. The size difference just isn't significant enough to justify adding a secondary device. Even so, 4.7 inch displays are quite large and are still great for all sorts of applications, including media watching.

There's a reason Steve Jobs condemned the production of sub-10-inch tablets: they aren't productive. They're toys that do little more than a smartphone. The beauty of the iPhone in its current shape and design is its comfort as a pocket device as well as a beautiful media player. I've found my iPhone has become my go-to device for everything, even productivity uses. And if I had to write a paper on something, I went to my notebook, NOT my tablet. I assume most people will and do do the same thing.

Before you go out and buy a 7 inch tablet, think about it. Do you already have a notebook AND a good smartphone? What will you use it for? Isn't Netflix better on a bigger screen anyhow? Boom, Apple TV. Chromecast. Roku. We have cheaper devices that solve this issue. And if you really must have a great display on the go for watching movies and other content, shell out the cash for a larger, 10 inch device. You'll thank yourself for it later.