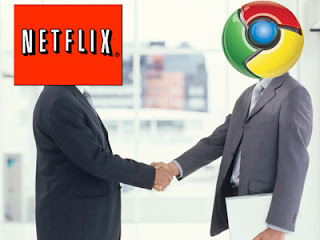 Chances are, some of my readers are running the Chrome OS dev release 29.0.1547.22, which, along with many other post-28 dev releases, seems to be having a playback issue with Netflix. Currently, the issue causes the error titled "C7121-1331-12" to pop up instead of any playback.

It has been reported in the Google Chrome OS Group that this issue is currently being worked on by Netflix engineers, and should be fixed within the next few days. Stay tuned for updates regarding this bug, and regarding Chrome 29, the latest and greatest developer release of Chrome OS.

Logging out of and back into Netflix has resolved the issue for many people, including myself. Give it a try.